The Frogman Experience: Save The Frogs Day 2017 In Santa Cruz, California 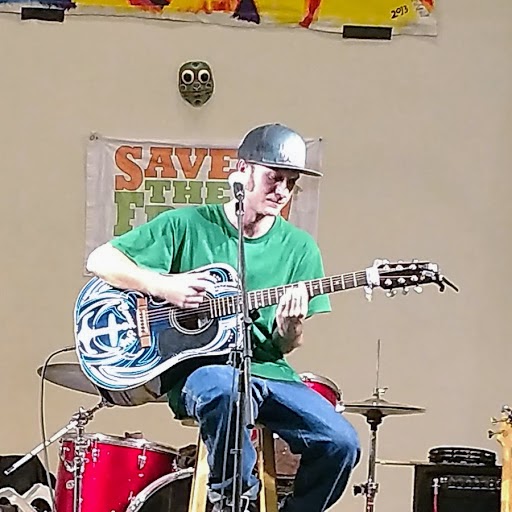 On April 29th, 2017 I went out to snatch the mail. My neighbor, Andrew Marsh, an old mutual acquaintance of mine, was walking past, and I struck up a conversation as a good neighbor does. I had an idea of how amazing the day was going to be already, but little did I know that later that night I was going to be initiated into a clan of rock’n’roll environmentalists. You see, my neighbor Andrew isn’t your ordinary Santa Cruz resident. In fact, Andrew the Wizard, was lead guitarist in a band of anthropomorphic funkadelic superheroes whose mission in life is to save the world’s frogs. How? Namely through raising money and awareness about the increasingly dire plight that frogs face. This group, The Frogman Experience, were to rock the Ocean Street Center for Nonviolence that night, and so Andrew extended the invite.

“There’s a suggested donation,” he said, “but all proceeds go to benefit SAVE THE FROGS!”

It goes without saying that I was game.

The moment I arrived I was charmed by the tables of swag in the entryway. I thumbed through Frogman Experience merchandise, as well as the ample information pamphlets for local Project Pollinate and The Holistic Veterans Organizations. Curious, and a frog lover, I pocketed a SAVE THE FROGS! postcard and was soon drawn by an introspective voice and acoustic guitar into the tranquil church-like space of the Nonviolence Center. The voice was of local singer/songwriter Concrete Ship, who grounded the audience with sweet love songs written to our California coast.

Next on the stage was Paul Damon of the Holistic Veterans Organization, who introduced his non-profit with a video, before singing epic soulful ballads in a deep, impassioned voice while sustaining an energetic guitar strum. Once Damon was done lifting the audience into a healing state of mind, Andrew the Wizard stepped onto the stage, telling the audience some ways in which we could help protect frog populations. He then cued the projector screen and introduced (via video) the next guest, frog conservationist Dr. Kerry Kriger. 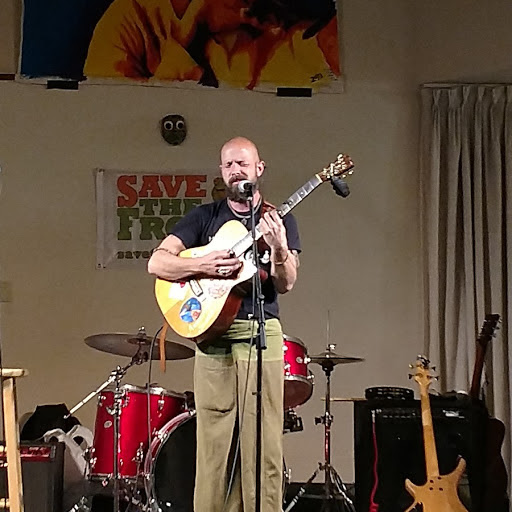 Kriger, aside from being the founder of SAVE THE FROGS!, a non-profit organization that tirelessly seeks to aid our amphibian neighbors, also dubbed the last Saturday of every April as international Save The Frogs Day.

“This year, Save The Frogs Day’s ninth year, there were 94 registered events in 22 countries.” 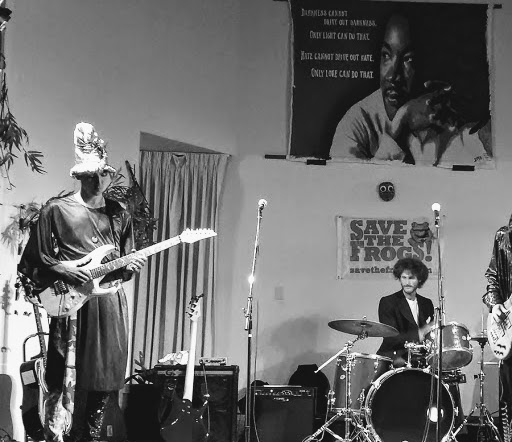 Kriger himself celebrated from where he filmed his correspondence in Brazil, by putting on four days of presentations in schools and universities, all while rehabilitating native frog habitats in the area and lobbying for frog conservation worldwide. Kriger let us know that aside from popular opinion, frogs aren’t only good for jumping and singing, they actually have a role in the environment (as do all of its inhabitants). They also help reduce populations of disease bearing insects to filter the water. From the human perspective these creatures act as the canaries in the proverbial coalmine of our ecosystems; once their song is silenced we can be sure that soon the birds’ song will cease as well, and our childrens soon after. While Kriger spoke on thinning frog populations and things the average person can do to reverse it the three main characters of The Frogman Experience assembled on the stage. 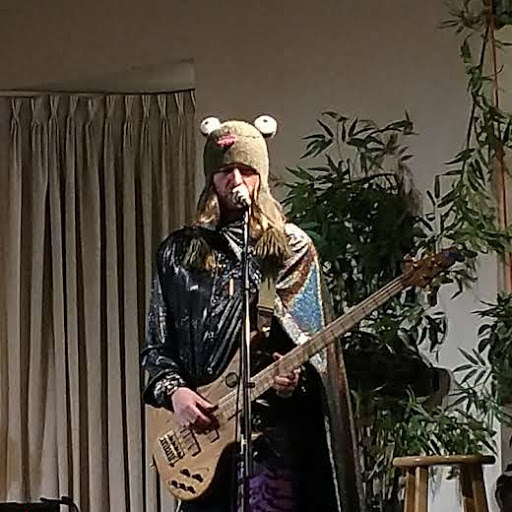 Kriger had ample information on the realities of amphibian conservation, and spoke of it in a humble and conversational tone. When I talked to him later on he let me know that there are over 1,036 discovered species of frogs in Brazil alone, in the past forty years two hundred species have gone extinct around the world. Aside from the staggering 16 other threatened species of amphibians in California, we have one who is threatened right here in our very own backyard: the California Red-Legged Frog (Rana draytonii), who inhabits the sedentary locales along our watershed. Measuring 1.5 – 5 inches in length, you’d think they’d be easier to spot but you’ll just have to take my word for it. These beautiful frogs, whose legs were a delicacy once upon a time for gold miners on the coast are endangered up and down California, particularly due to the destruction of their habitats and the introduction of non-native bullfrogs, who carry diseases that decimate the unique critters. According to Dr. Kriger, over two million bullfrogs are brought into California each year, facts which he is actively working to curb by placing bullfrogs on the prohibited species list. Non-native plants contribute to this decline as well as increased predation. 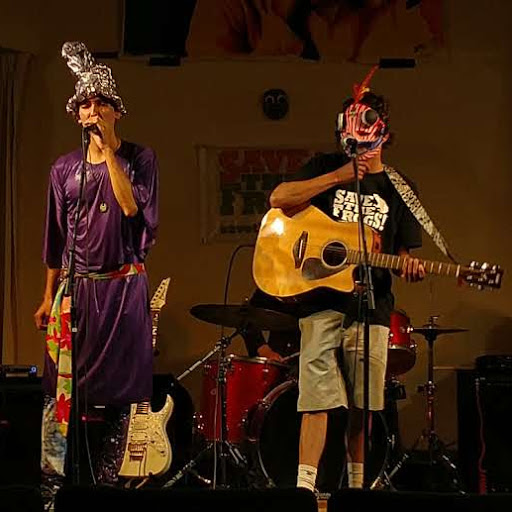 Once Dr. Kriger’s speech concluded the band cued up an introductory tune about the characters in the ensemble, and as if things hadn’t been interesting to begin with, soon the Frogman was hopping out grooves that had everyone on their feet, while the drummer kept time with in your face conviction. Throughout the show the funky trio welcomed The Elephant King and The Fish Man to the stage, guest characters who added their own diverse twist to the band’s unique niche of sound, all with the sweet, fluttering guitar shredding of Andrew the Wizard at the helm. With a set of songs that varied anywhere from narrative rap to full on guitar shrieking funkadelia, the band had everyone dancing and believing in the cause. 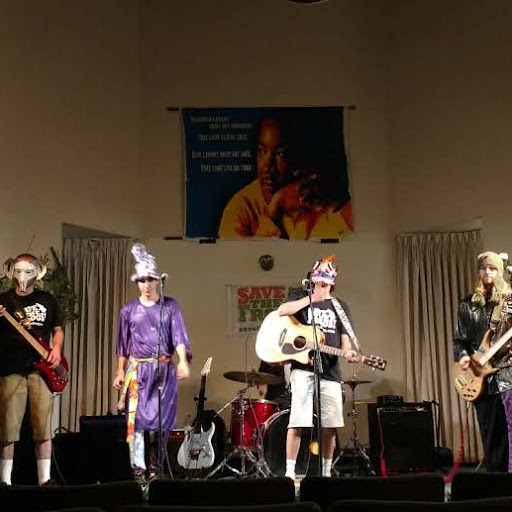