Save The Frogs Day in Manaslu 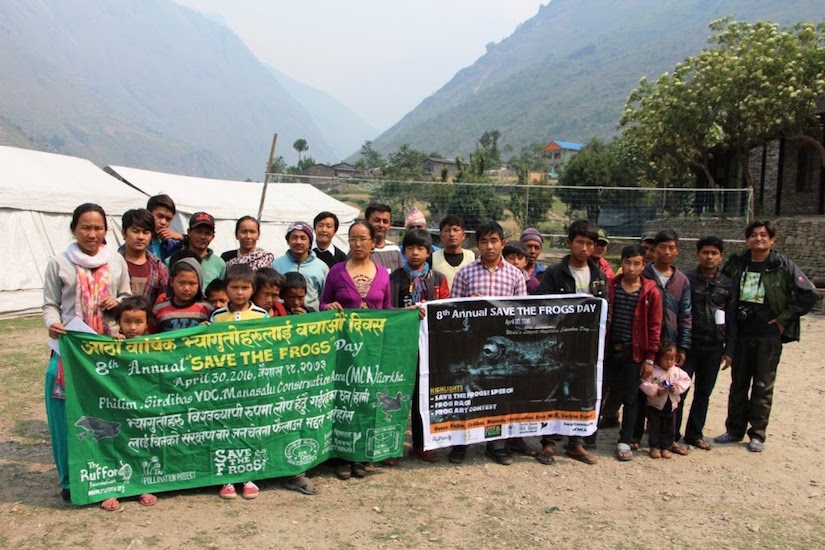 In order to raise awareness for amphibians, SAVE THE FROGS! Volunteer and Event Organizer Biraj Shrestha organized an amazing Save The Frogs Day in Nepal! Read on to learn how this dedicated frog saver educated and inspired many in his country.

“One of the oldest trekking routes, the ‘Manaslu Circuit’ pulls in large number of visitors (domestic and international) every year to enjoy breathtaking landscapes of the Himalayas, including Mt. Manaslu (8,163m), the 8th highest peak of the world. South of the region starts with an elevation of around 1,500 meters above sea level, giving rise to towering mountains and harboring in between several bio climatic zones. That has been crucial in allowing rich biodiversity of plants and animals to develop. The human civilization is as old as the hills with mixed ethnicity of people having Tibetan origins, Gurungs and Lamas. This is Manaslu Conservation Area that lies north of Gorkha District, western Nepal and has been managed by National Trust for Nature Conservation (NTNC) since 1998.”

Community members gather together to SAVE THE FROGS! 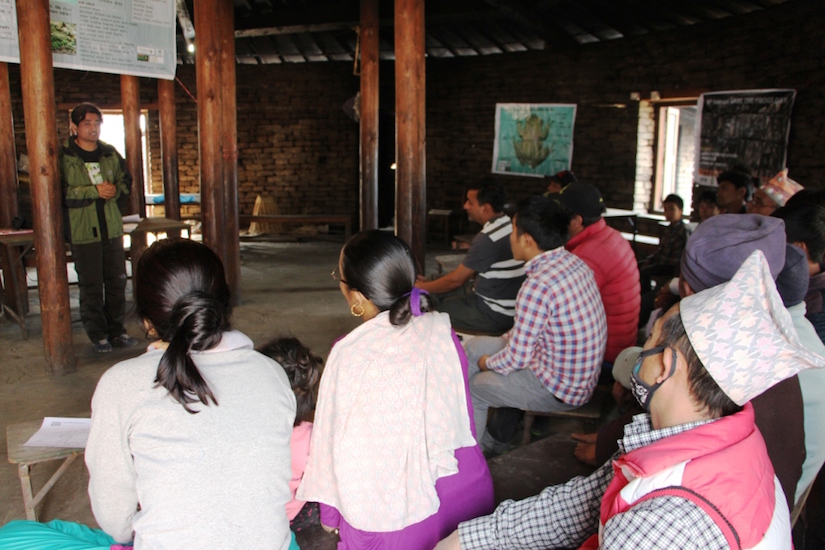 Biraj speaks to the community about amphibian ecology and conservation

“Communities closer to nature often have utilized biological resources since time immemorial with their own set of presumed beliefs and their survival requirements. Stream frog, locally called ‘Paha’ is one among them that is widely hunted down for consumption in mountainous regions of Nepal. Manaslu is not even free from these deliberate killings of paha. Lower reaches of Manaslu – Sirdibas and Bihi villages have the dire problems of paha collection for local consumption from male members in the community. People opine it’s their unparalleled taste, protein supplement, medicinal benefits and recreational value that tempts them to wander nearby streams. In Nepal, paha hunting is one of the serious threats to already in jeopardy animals – FROGS! world wide. Biraj (long time volunteer for STF!) with his team from the support of SAVE THE FROGS!, Rufford Foundation and The Pollination Project set frogs conservation endeavor at Manaslu through research and education. His team celebrated 8th Annual Save The Frogs Day 2016 on April 30 at Philim, Sirdibas village, Manaslu Conservation Area with students, local community and MCA Project staffs.” 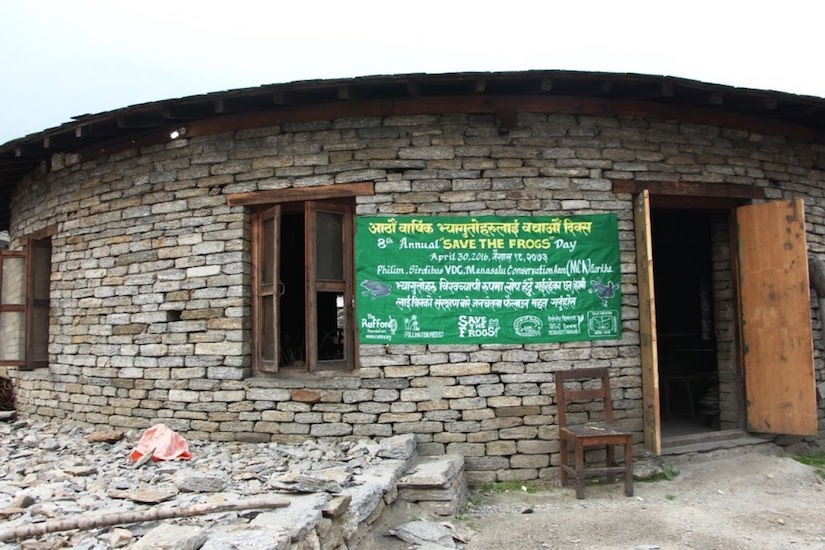 “I gave the key note SAVE THE FROGS! speech and educated local community about amphibians, their diversity, distribution, status, habitat, ecological role, threats and our responsibility in saving them from extinction. We raised discussion on local threat to paha where women alleged males to have involved in paha collection from shallow streams. We held Frog Art Contest where students from the nearby school draw frogs over stone slates damaged from 2015’s deadliest Earthquake. We then organized Frog Race with other community people and saw fun filled faces in the school playground. We distributed eco-friendly prizes and gave certificates to best three contestants. Since it was the first time anybody came to their community with frog conservation messages, people had whale of a time and shown concern over negative consequence from paha hunting. This is probably a good start however needs a great deal of time and effort to discourage people from having frog’s meat.”
– SAVE THE FROGS! Volunteer and Event Organizer Biraj Shrestha 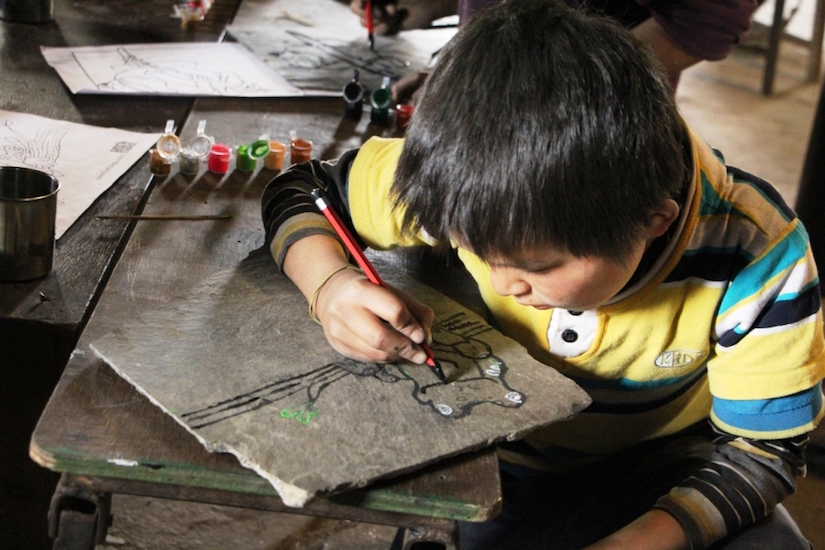 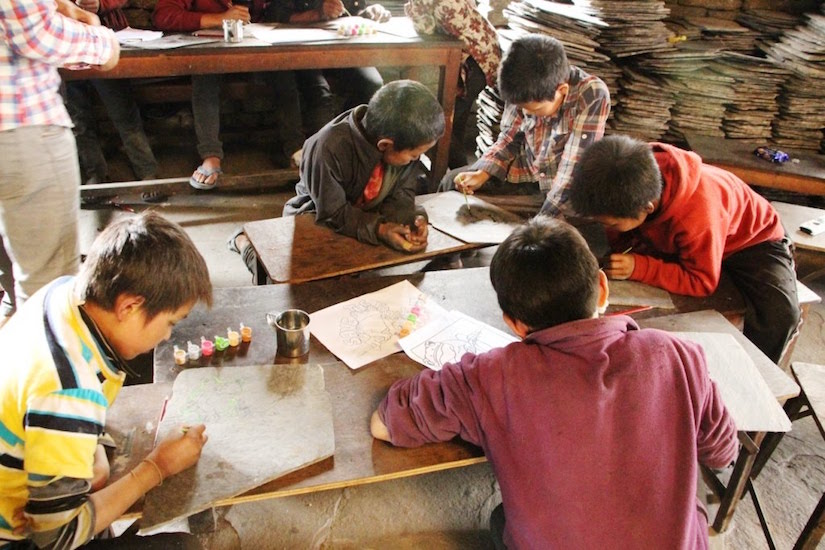 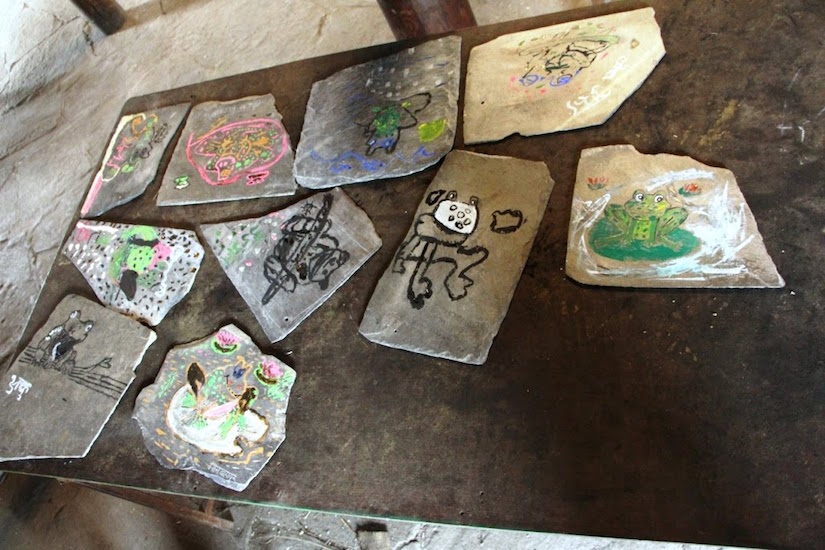 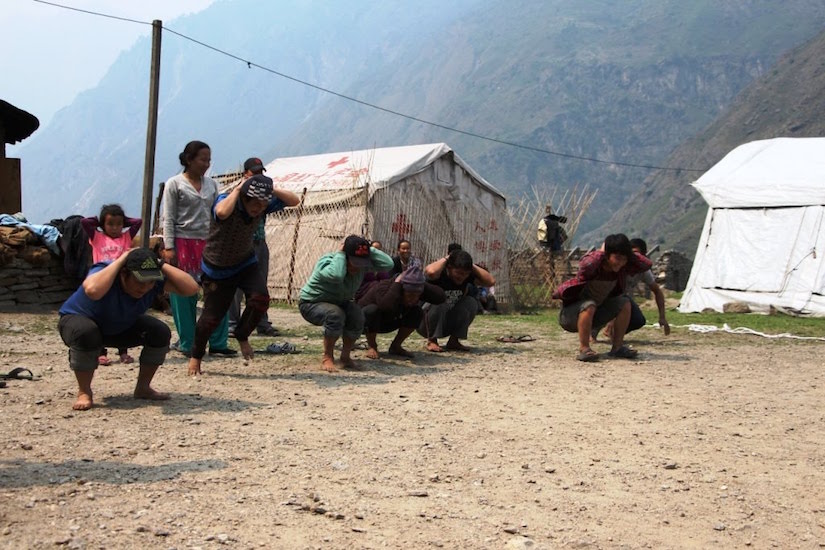 On Save The Frogs Day, the community played games to celebrate amphibians 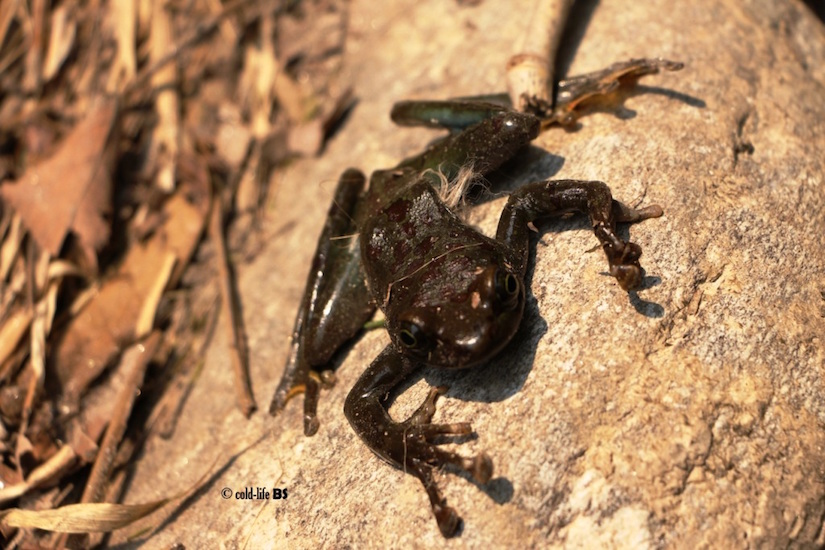 Paha: The frog that is threatened by over-harvesting

The 9th Annual Save The Frogs Day is April 29th, 2017. Get active, get involved and help us SAVE THE FROGS!
www.savethefrogs.com/day