The Common Toad Is In Trouble 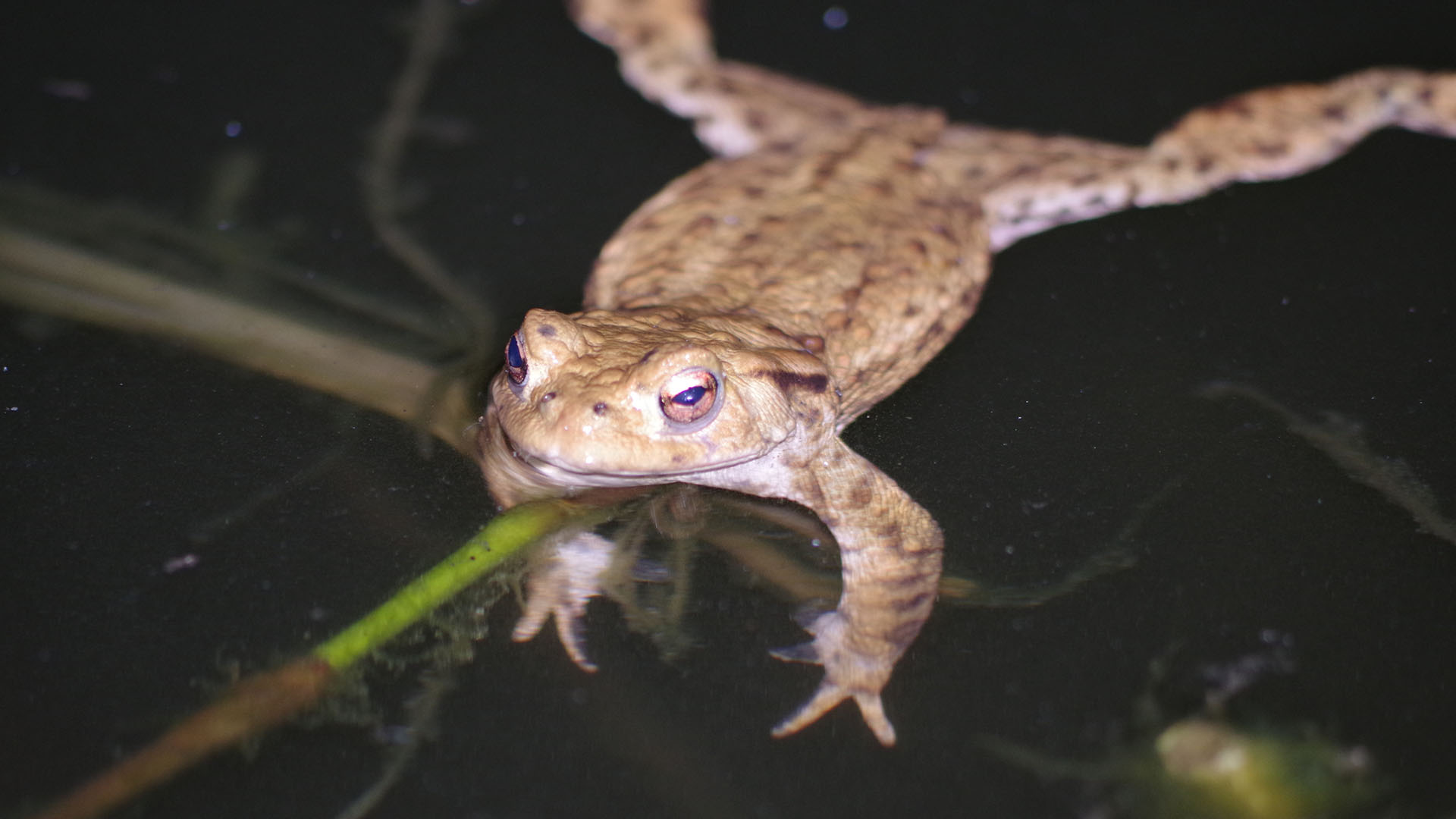 We’ve all heard about the chicken, but why did the toad cross the road?

In the United Kingdom, a large number of roads have been created between the breeding ponds and foraging habitat of Common Toads (Bufo bufo). When toads make their annual migration between the two to breed in the spring, they come into contact with cars and other road traffic, resulting in high rates of mortality. Thousands of toads die each year when they migrate to or from their breeding ponds and are faced by roads. 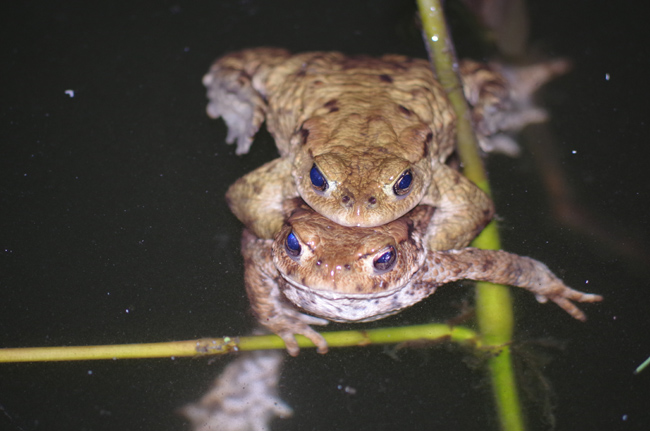 Research published in 2016 showed that Common Toads have declined in Britain by nearly 70% over the past 30 years. The decline is unprecedented for such a widespread and ubiquitous species within Europe. There are a number of causes for the decline, but like most species declines, habitat loss is one of the biggest. With such a large decline in a once common species — even with the intervention of volunteers and conservation organisations — there are worrying signs that an unknown large-scale conservation issue may be to blame. Roadkill is undoubtedly a significant contributor to the decline of toad populations. 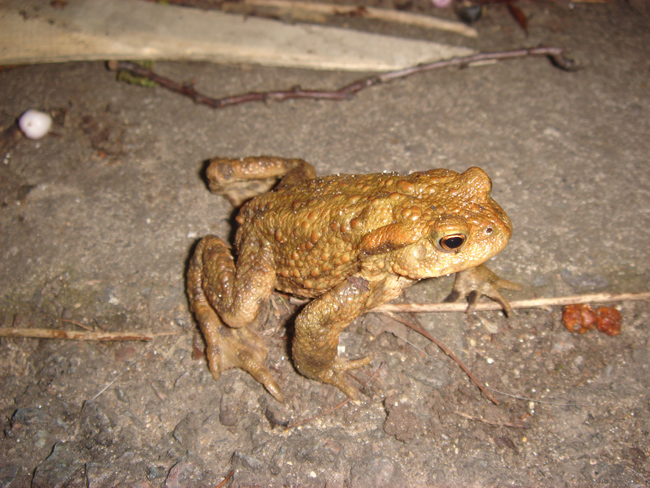 In the UK we have a conservation initiative called Toads on Roads, a name that nicely encapsulates what it involves. Volunteer patrollers help to move toads (and other amphibians) across roads to their breeding sites and the back again when the return migration begins. This usually takes place between late February and late April but may be extended due to colder weather. Like most temperate species, the toads use temperature as a cue (they remain inactive below 5°C). 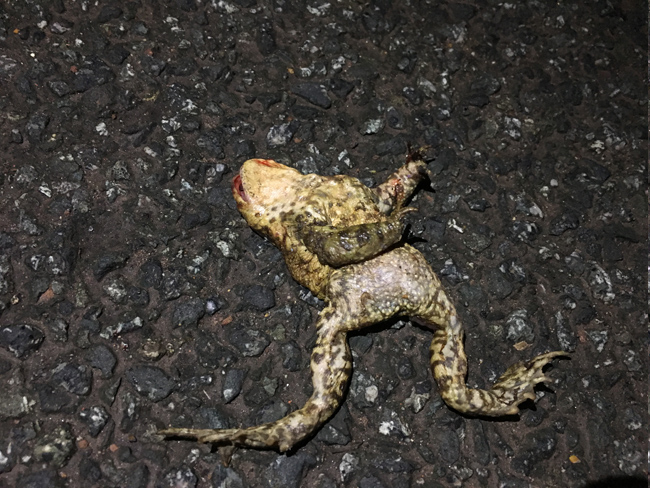 Many ponds have been lost in the UK since the 1950’s, when agricultural intensification saw a drastic change in farming practices. The associated terrestrial habitat that amphibians rely on to forage is often converted without a second thought. It is very important for the survival of adults and juveniles, as well as playing a vital role in dispersal. Increasingly, roads and residential estates are being built through prime toad habitat, placing amphibians into contact with hazards such as cats and cars. 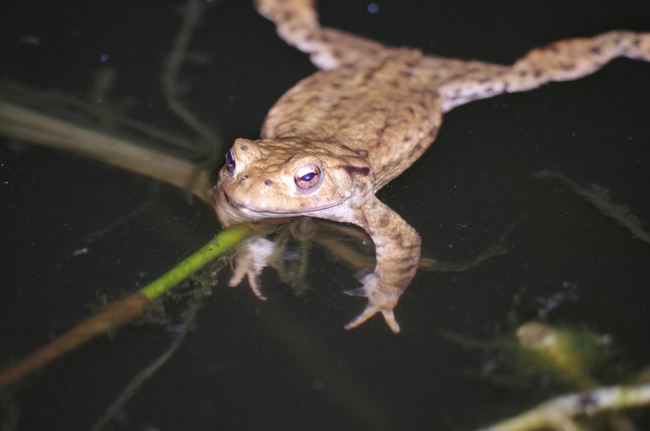 The roads also contain hidden hazards: the drains that remove water from the road surface. When toads (and other small animals) fall into these drains, they are often unable to escape, and subsequently die due to starvation, drowning or being run over by cars. Curbs often funnel them into these drains, exacerbating the problem. Thankfully there are volunteers operation on a national level to mitigate this effect, but it is time we change how roads are built, so as to better protect wildlife from road dangers. 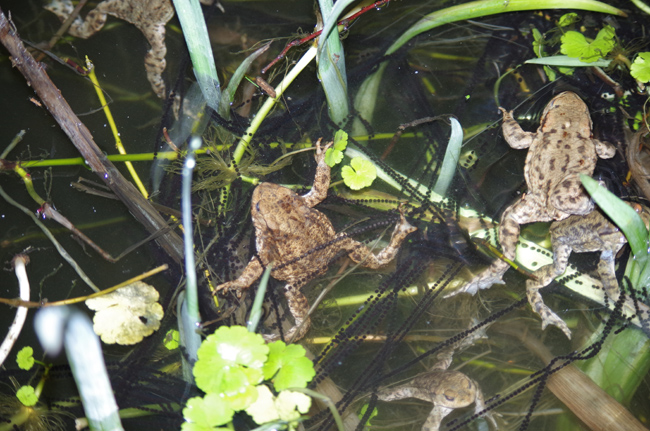 Common toads spawn in the ponds and lakes of their birth, meaning that the same toads return to the same ponds year after year (assuming they don’t perish between breeding seasons). Even if the pond disappears, toads will still migrate to where the pond used to be which is why they often turn up in gardens that once contained ponds. Roadside ponds may also become polluted with run-off such as pesticides, road salt and oil products all of which will have different effects on the water quality and ecosystem. This may in turn lead to the poisoning of the toads or the eutrophication of the pond. Careful management is needed to ensure that the ponds are still suitable for breeding year after year. If not, then major breeding ponds can soon become population sinks causing small localised declines. Such declines and extinctions soon add up to those observed nationally. 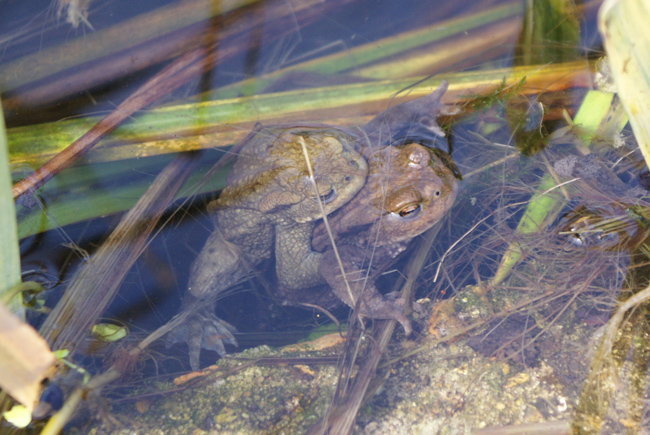 There are other factors that are having smaller impacts on toad populations, such as disease, and toad fly. These are not currently recognised as major threats, but they may become so in the future. Climate change is expected to make declines worse as it has the potential to facilitate disease spread and supression of the toads’ immune systems. Evidence suggests that milder winters tend to cause toads to come out of hibernation in a less vigorous state. Due to the increasing mild winters across Europe, some winters will see toads that don’t hibernate as the environmental cues needed to trigger the behaviour aren’t there. During this time they use up their fat reserves as food is scarce, leading to a reduced fitness come the spring. 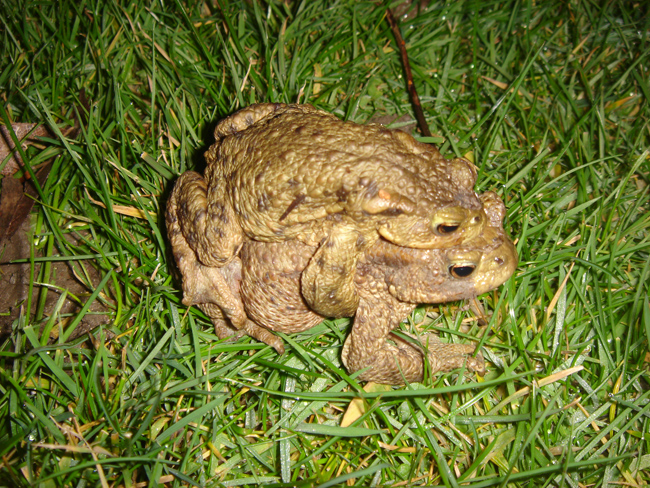 It’s clear that without intervention and further research, toads will continue to decline. Now is certainly time to act before this iconic and charismatic species is lost from the British landscape forever.

Learn more about amphibians and roadkill on the SAVE THE FROGS! Roads webpage. 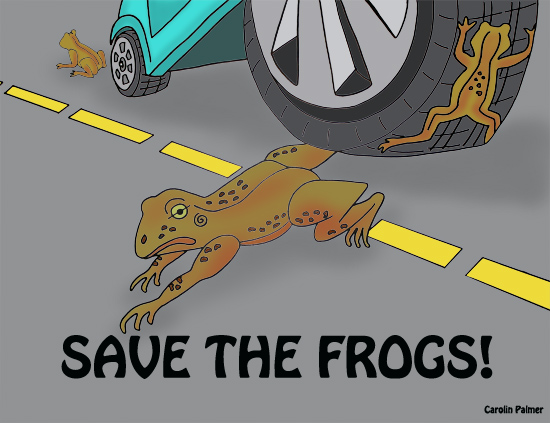 Frog art from the SAVE THE FROGS! Art Contest by Carolin Palmer