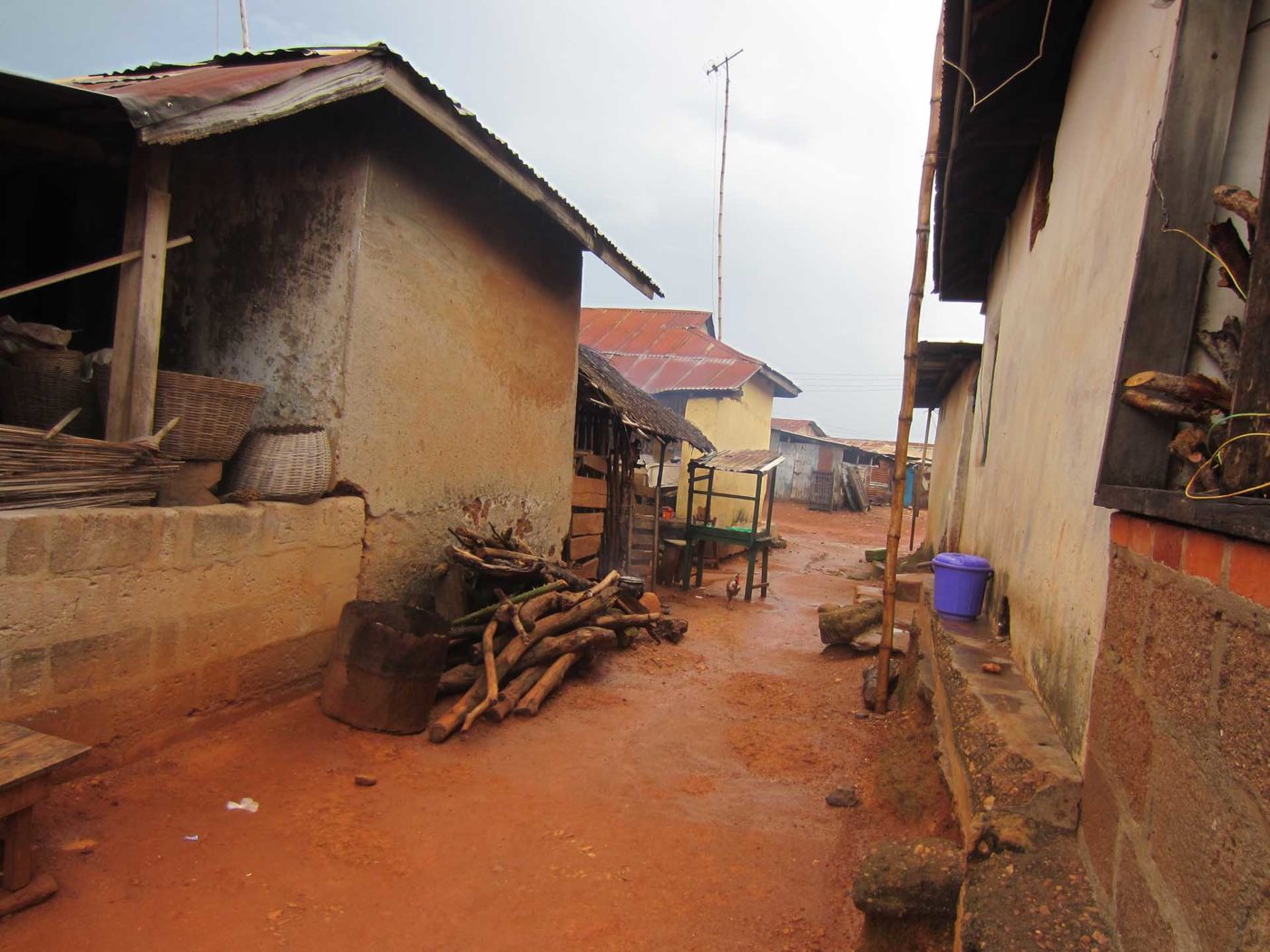 Congratulations to SAVE THE FROGS! Ghana Executive Director Gilbert Adum for winning US$25,000 from the Mohammed bin Zayed Species Conservation Fund and €20,000 from Prince Bernhard Nature Fund. The grants will fund SAVE THE FROGS! Ghana’s efforts to restore and protect habitat for the critically endangered Intermediate Puddle Frog (Phrynobatrachus intermedius) and co-occurring species. 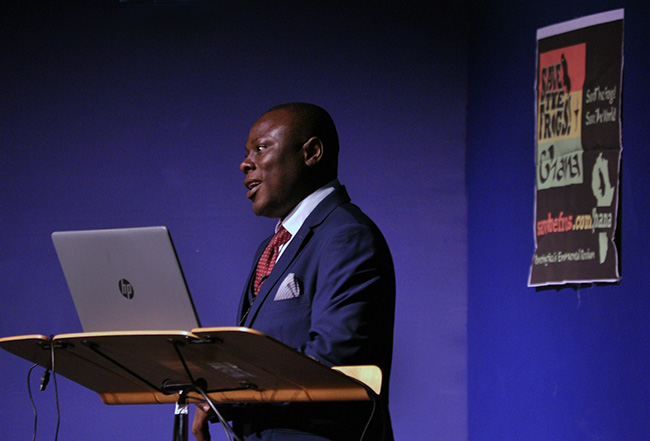 The project’s objective is to restore critical species habitats by educating palm-wine tappers to adopt sustainable practices. Production of palm-wine (a favorite alcoholic beverage in the region) has severely fragmented and led to the drying up of swamps required by P. intermedius for breeding. 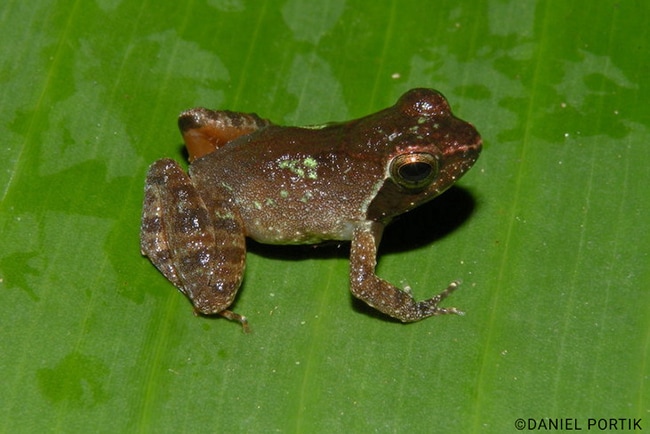 Through this grant, the SAVE THE FROGS! Ghana team will conduct first-time conservation actions for P. intermedius, including:

– Raise 10,000 native seedlings of raffia palm to restore degraded swamp habitats within and around Ankasa Conservation Area in southwestern Ghana;

– Educate an estimated 20,000 local people in surrounding communities about the plight of P. intermedius and importance of protecting the swamps. 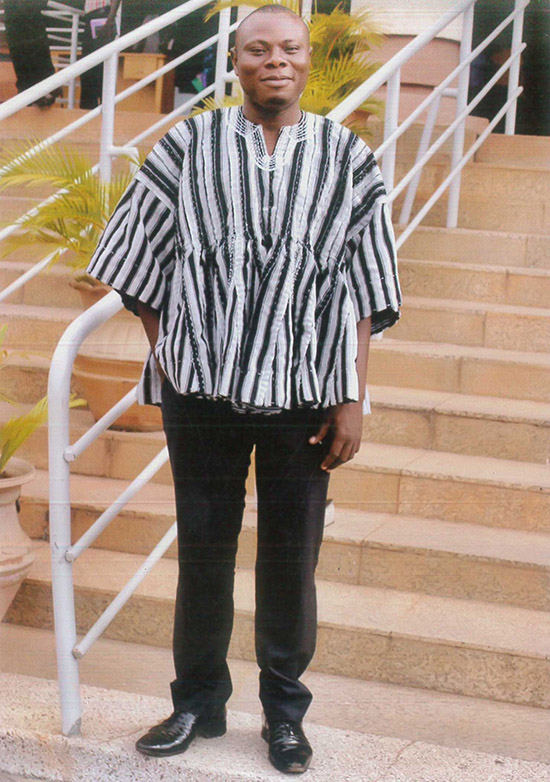 Gilbert Adum was raised in rural Northern Ghana and educated in universities in Ghana, Germany and the United Kingdom. His success is in part due to his familiarity with both the Western and African cultures, and how to incorporate both into his environmental projects..

The project location, Ankasa Conservation Area (ACA), is the only known home on earth for P. intermedius. Focused surveys in nearby suitable localities (including Tanoé-Ehy Swamp Forest, and Banco and Taï National Parks in neighboring Cote d’lvoire) have failed to record the species.

This makes ACA an Alliance for Zero Extinction site because it is an area that harbors a species in imminent danger of disappearing, that exists only at a single site in the world.

Despite this and the fact that ACA is one of Ghana’s best-protected forests, it is still severely exploited because local communities heavily depend on its Non-Timber Forest Products (NTFPs). 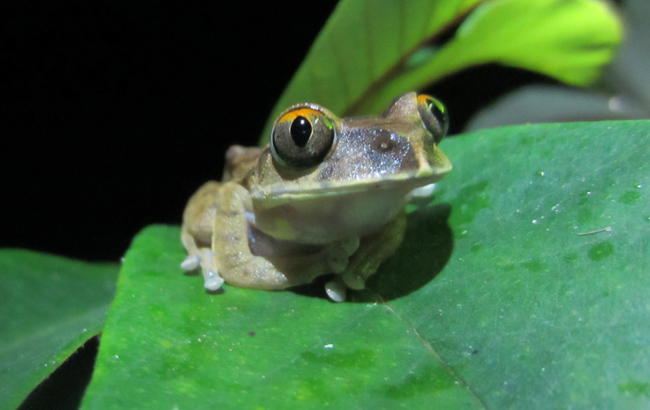 The Night Spirit Frog (Leptopelis hyloides) is one of many amphibian species living in the Ankasa Conservation Area. Photo taken by SAVE THE FROGS! Founder Dr. Kerry Kriger during his 2011 visit to Ghana.

The reviewers of Mohammed bin Zayed Species Conservation Fund recognize Gilbert’s project as one of the two “Chairman’s Awards” for this round, highlighting the importance of the project. The Fund has previously assisted SAVE THE FROGS! Ghana’s efforts to protect the critically endangered Giant Squeaker Frog. 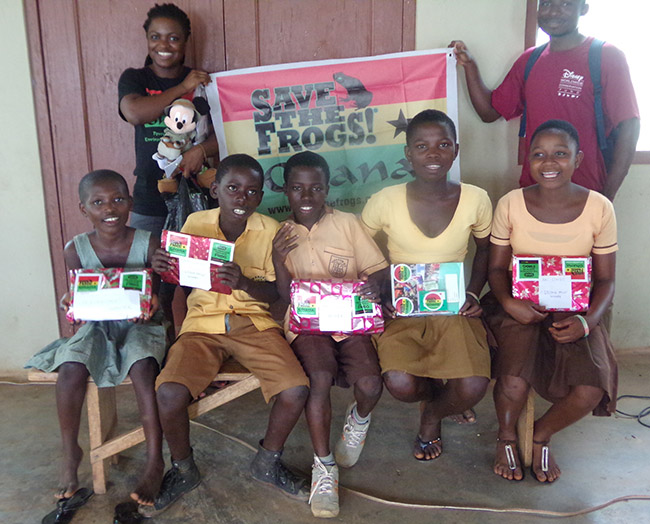 SAVE THE FROGS! Ghana in action educating the next generation about the importance of amphibians.

SAVE THE FROGS! Ghana is grateful to Mohammed bin Zayed Species Conservation Fund and Prince Bernhard Nature Fund for helping save the Intermediate Puddle Frog! 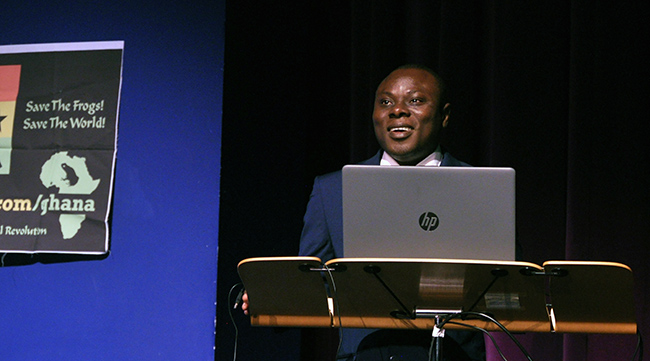 Save The Frogs! Save The World!